The project reflects via its program (workshops, discussion&screenings,) the problem of social exclusion of people suffering from mental disorders & their active contribution to V4 society. It offers a common open space–a place to encounter several rather parallel worlds, which unfortunately still exist in everyday life: the world of the mentally ill with the world of those who cure them or provide care and help for them and the rest of us who come across them every day without even knowing it.
The goal of the project is to open a V4 dialogue between the community of people with mental disorders, experts and the general public. PARALLEL Worlds is trying to point out the fact that the problem of social exclusion of this particular group is everyone´s problem. In general, society in VF region knows very little about the topic of mental disorders, with many prevailing myths and views constructing barriers in the way of adequate professional help. Due to this inclination, the mentally ill are often ashamed of their illness and feel stigmatized by it.

The project consists of 2 separate yet closely connected parts:

1. Workshops with experts for the public followed by discussions

The goal of these workshops is to broaden our V4 knowledge about mental disorders, their consequences and the mechanisms which lead to social exclusion of people suffering from mental disorders. This phenomenon results primarily from a lack of awareness, as well as from myths, prejudices and false beliefs prevailing in society. It is the myths and prejudices which the workshops will try to correct. Having enough relevant information is the prerequisite for re-integration of the mentally ill back into V4 society. The workshops is going to show different experiences, attitudes in CZ, SK, PL and HU.

2. Screening of the film Parallel Lives

It is designed for V4 wide public, with the emphais on the families of patients suffering from this illness and general audience. This way, they will have a better understanding of the conditions experienced by the patients.The film follows the particular question of the possibility of integration patients back into society, their willingness and ability to access employment, to achieve decent housing and the base of life standards.
The goal of the project is to open a V4 dialogue between the community of people with mental disorders, experts and the general public with special empasis to educate younger generation in VF region.
Our V4 society includes a significant number of people with mental disorders. About 20% of the population is stricken by some form of mental disorder during their lifetime, with the most serious form.
Sooner or later, people persistently suffering from some kind of mental disorder are often isolated and excluded from society. At first, this is caused by needed long term hospitalization, later, by complicated or even impossible integration back into society. Often they lose their families, friends or jobs.

The project is going to be held in Prague, České Budějovice , Jihlava, Nowy Sacz, Bratislava in autumn 2014. 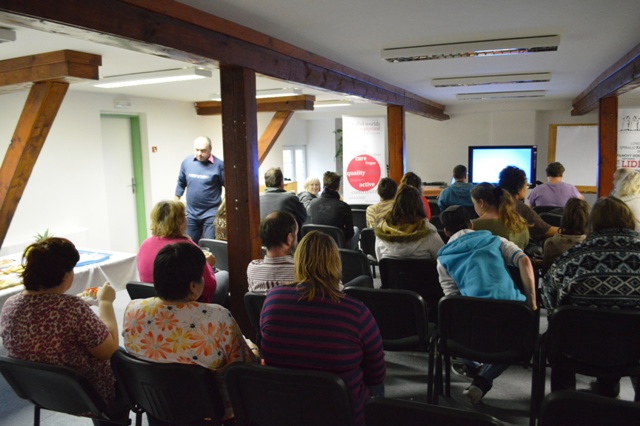 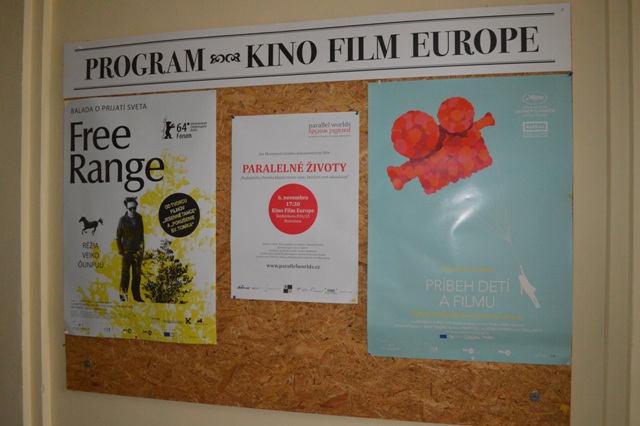 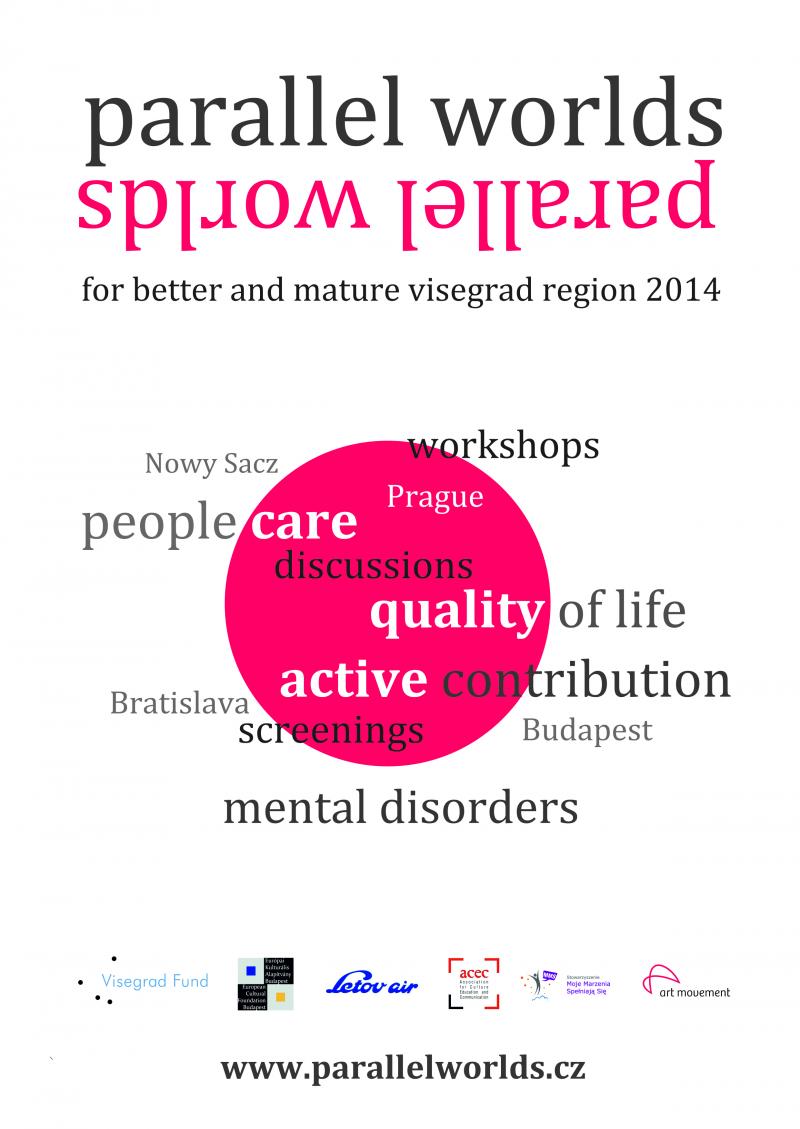