The word of producers Kateřina Riley and Markéta Matoušková:

on behalf of all those who participated in the exhibition “Tim Burton and his World“, let us thank you for your continued support, enthusiasm and all the positive comments. The exhibition brought you 107 000!!!! and the exhibition became not only the most visited exhibition of 2014 but also made the list of TOP exhibitions in the history of the Czech Republic.

Drawn from Tim Burton’s personal archive and representing the artist’s creative output from childhood to the present day, this exhibition of 500 drawings, paintings, photographs, sketchbooks, moving-image works, and sculptural installations focuses on the recurrent visual themes and motifs that resonate in the distinctive characters and worlds found in Burton’s art and films.

While Tim Burton had been previously known almost exclusively for his cinematic work, including Beetlejuice (1988), Batman (1989), Edward Scissorhands (1990), Tim Burton’s The Nightmare Before Christmas (1993), Ed Wood (1994), Big Fish (2003), Corpse Bride (2005), and Sweeney Todd (2007), the international exhibition of Burton’s art over the past four years displays the full range of his creative production, revealing a versatile artist whose unique vision transcends mediums and formats.

The exhibition reveals an inimitable style that is informed by Burton’s specific perspective. His amalgamations of man, animal, and machine are evocative of an artistically-inclined Dr. Frankenstein with an unfettered imagination. The interplay between horror and humor figures prominently in Burton’s art and films and this theme of the “carnivalesque”—the mixture between comedy and the grotesque—is seen in projects from Batman to Alice in Wonderland (2010). Perhaps his most notable and well-known motif, the soulful melancholy of Burton’s iconic misunderstood outsiders—from Edward Scissorhands and Jack Skellington to the Corpse Bride and Frankenweenie—is deftly expressed in the drawings featured in the exhibition.

Timothy Walter Burton (b. 1958) grew up in Burbank, California, a homogenous suburban American neighborhood that compelled Burton to find respite and escape from its blandness. Guided by the movies on television, comics in the newspapers, myths and fables told in school, and other forms of popular culture as well as the holiday seasons (when houses and lawns in his neighborhood were decorated with festive trappings), Burton incorporated these lifelong influences into his art at an early age. His childhood sketches demonstrate Burton’s range and call to mind the work of his predecessors, including classic cartoonists and illustrators such as Edward Gorey, Charles Addams, Don Martin, and Theodore Geisel. The impact of Japanese monster movies, Expressionist Cinema, Universal Studios’ horror catalog, and suspense maestros William Castle and Vincent Price also permeates Burton’s work.

Comprised of both works from his signature films and projects including The Nightmare Before Christmas and The Melancholy Death of Oyster Boy and Other Stories (1997) to never-before-exhibited artworks, The World of Tim Burton is a deeply engaging experience that gives the public access to the artist’s very personal and singular output.

“Tim Burton and His World” is organized by independent curator Jenny He in collaboration with Tim Burton Productions. 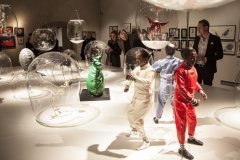 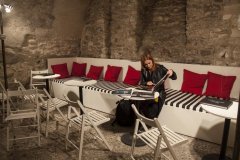 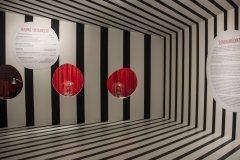 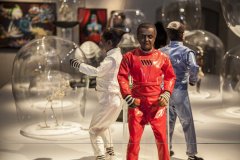 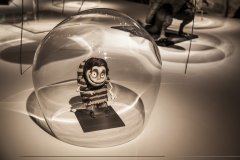 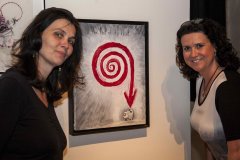 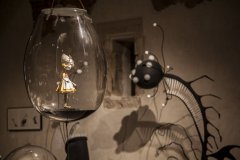 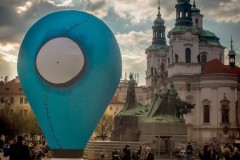